Power to the People

The elections last week have generally provided a positive endorsement of Metro Mayors. If you include London, then the incumbents in London, Manchester, Liverpool, the West Midlands and Teesside were all returned to power. Democratic approval of the jobs they have done.

It was not a happy election day for all the previous Mayors though, with Cambridge and Peterborough, and the West of England, opting for change, both to Labour candidates, which on an otherwise bad weekend for the Party, must have come as some relief. We should also welcome the election of Tracey Brabin, elected as the first Mayor of West Yorkshire, who also becomes the first female Metro Mayor. Our congratulations go to all those who won their respective contests and commiserations to all those who worked so hard to campaign in the most difficult of circumstances over the past year.

With few seats changing hands can we deduce that people seem to love their Metro Mayors? To a point but let us also look at turnout. Excluding London, all the Metro Mayoral contests had a turnout range of 30-36% with areas where there was a contest tending towards the higher end and vice versa - this percentage range is local election territory. In contrast, turnout was 41% in London, and in the national government elections in Wales and Scotland, it was 47% and 63% respectively.

As Citizen Smith said: “Power to the People”, and unfortunately without power, the people tend to not turn up. Some of that reflects circumstance. The First Minister of Scotland leads a government, and one that has most of the powers of a nation state. The Scottish Government can seek to host a referendum on Scotland remaining in the Union and therefore voters know what is at stake. Most Metro Mayors have very limited powers, mainly revolving around planning, transport and business support. The pick and mix nature of Government devolution deals also makes it incredibly difficult for the electorate to know what powers individual Mayors have, and then when you layer in the powers of county councils and local councils, and the electorate will be left wondering who does what?

In a country where governance is heavily centralised the Metro Mayors are something of an experiment, and these are early days. They are still finding their way and building trust with central Government and their electorates. As most head into their second terms, however, it is important momentum is maintained. Mayors must continue to be ambitious, and Government to consider what further powers it would make sense to devolve. In return, the mayors can help the Government’s short-term agenda for post-pandemic recovery, and in longer-term assist with levelling up. The BPF will be sending each of the winning mayoral candidates a manifesto explaining how the property industry can support their city-region's ambitions.

An interesting dynamic will be a Conservative Government working with six out of eight Metro Mayors in Labour Party hands. Those areas that get the most from devolution, will be those who as well as championing their regions, are able to temper their political rivalries and work well with central Government. Collaboration will be king, although admittedly it may not be very Wolfie Smith! 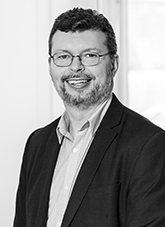 Labour’s new Shadow Cabinet – what does it mean for real estate?

Blue is the new black, but what now for property?