After a bit of “will he, won’t he?” media speculation about whether the Chancellor would actually announce the long awaited conclusion to the Government’s “fundamental review” of business rates, the Treasury did indeed set out the findings of the work it started in March 2020. The review aimed to:

So, eighteen months and three consultations later, what does the Government have to show for itself?

This Budget announced business rates cuts totalling more than £6bn over the next five years. This sounds like a big giveaway from Government and it is – I make it the second largest tax cut in the whole Budget (the fuel duty freeze wins that prize).

But let’s put that in context. According to the OBR, by 2025-26, business rates are forecast to raise almost £160bn. Next to that figure, today’s announcements seem a bit desultory. Yes, it’s a reduction in the overall burden of business rates, but is it really a fundamental change? Is it going to do much to mitigate the economic damage of business rates? I don’t think so.

And let’s not forget the elephant in the room. Uniquely among taxes, business rates are set up to collect broadly the same amount of tax every year and for that amount to increase in line with inflation. Because inflation has consistently outstripped commercial property rental growth since business rates were introduced in 1990, the rate at which business rates are levied has increased from around 30% to around 50%. This requirement for rates to raise the same amount in real terms every year must be the single biggest reason why they have become such a big issue for so many businesses.

Sadly, the Budget was deafeningly silent on this point. There’s not even a nod to how bizarre it is for a tax to be set up in this way, or for the damaging long term impact it is having on any business that uses commercial property in the UK.

A consultation is coming on this, we are told. It’s clear that Treasury have had conflicting views on this matter and, I suspect, would rather delay a decision for as long as possible. I don’t blame them – designing a tax that catches those who “should” pay without affecting those who “shouldn’t” seems nigh on impossible in a world where even the smallest independents have an online presence.

From 2023, revaluations will take place every three years. This is good, but hardly “fundamental”. Indeed, the Government committed to three-yearly revaluations back in 2018, before the current review was even a glimmer in officials’ eyes.

Downwards transitional phasing has meant ratepayers waiting years to receive the benefit of lower rates bills and we’ve repeatedly called for it to be scrapped. We’ll have to wait for the outcome of a consultation to happen next year to know whether it will yet again make an appearance for the 2023 revaluation. Surely, with a three-year revaluation cycle there’s less need for this?

Relief for net zero and other property improvements

It was gratifying for the BPF to be name-checked by the Chancellor in his speech and credited for our recommendation to exempt investment in onsite renewable energy generation and storage from business rates. It was nonsensical for the rates system to penalise through higher bills businesses and property owners doing their bit to help us achieve ambitious net zero carbon targets, so this is a positive step.

The fact that there have to be so many business rates reliefs indicates a broken system. The fact that the Government has decided not to change any of them indicates how politically difficult it would be to tell anyone they have to pay more business rates and suggests that, deep down, the Government knows that the tax is unsustainable. But the revenue it raises is just too reliable and easy to collect!

A potential sting in the tail for the property sector – we’re facing a consultation on “misuse” of Empty Property Rates relief next year. But taking a glass half full view, this should be a chance to demonstrate just how unfair and damaging the current empty rates system is.

We’re promised the VOA will start making available to ratepayers the rental evidence used in calculating their rateable values. Hurrah – we’ve been calling for that for years! But wait, only from 2026...

More resource for the VOA

The VOA is getting an extra £500m, including funding to upgrade its IT and digital capability. For too long resource constraints at the VOA have been an obstacle to a more user-friendly rates system. It will take time to feel the benefits of this investment and any culture and process change it might bring with it, but hopefully the VOA won’t feel as neglected.

The Government will “carefully consider” the case for annual revaluations. In other words, don’t hold your breath. And to be fair, it makes some sense to see how a three-yearly cycle pans out before going further.

It “remains an aspiration” to reduce the AVD from two years to one. Frankly, this is a bit disappointing. If Scotland can commit to doing this, then so can England, and it should.

Reflecting recent political and media noise on the issue, this Autumn Budget featured both several business rates measures and a large tax giveaway. Definitely steps in the right direction.

It did not, however, feature “fundamental” reform. The Budget announcements continue successive Governments’ approach of patch-up and make-do and mean that we’ll no doubt be in the middle of another business rates review within the next five years. 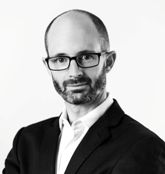 Money can’t buy happiness, nor can it (by itself) fix town centres