Today new regulations that require independent scrutiny of ‘connected-party sales’ come into force and with it concludes a decade long campaign by the BPF pushing for this reform.

Connected-party sales in administration have been a worryingly opaque area of the UK insolvency framework for too long. Connected-party ‘pre-packs’ especially so. This process can be used by a failed business to strip away unwanted leases or obligations, leaving creditors out of pocket whilst the owners or managers that oversaw the failure – the ‘connected parties’ – stay in post and start anew.

This is perfectly legal and, in many cases, represents the best possible outcome for creditors. An administration’s obligation is to creditors after all, and the vast majority will only endorse this approach if the sale really does provide the highest possible return to the overall creditor body. There has however not been enough oversight to ensure that is always the case, nor have there been measures to prevent administrators or firms with less honourable intentions from abusing the system. Until now.

The new regulations require that where a substantial part of a company is sold to the management or prior ownership within 8-weeks of administration, an independent third-party must review the sale to make sure it is appropriate. If this doesn’t happen, the explicit approval of creditors for the sale must be sought. This will provide a crucial layer of scrutiny, providing creditors confidence that all was above board.

Just a year ago however it looked as though this relatively straightforward, sensible reform was a million miles away.

The Government had a ‘sunset power’ within legislation allowing them to implement changes easily, such as independent mandatory scrutiny of connected-party sales, with only minimal parliamentary time required. Then Covid hit. Despite indications previously that the government wanted to use the power, it never did and so the power subsequently expired – making implementation of such reform much more difficult.

This was incredibly disappointing, especially given all our work to date, including our input into the 2013 Graham review on pre-packs and our support of the Pre-Pack Pool – an organisation set up to provide third-party opinions on a voluntary basis, but which was not sustainable going forwards without referrals to it being made mandatory.

Government was however capable of taking forward the Corporate Insolvency and Governance Act (CIGA) 2021.

We therefore saw the opportunity to lobby our contacts in Parliament to reinstate the 'sunset power’ through the CIGA Act – and, with particular pressure in the Lords, it was indeed reinstated and earlier this year the government then moved ahead with the reform.

Despite Covid pressures, officials have been keen to continue engaging with us on the measures – the result being that property owners are being listened to as this continues to progress. There was once a proposal that third-party opinion givers wouldn’t need any qualifications at all and, following feedback, the government changed things so that evaluators will have to hold PI insurance for their role, which should stop unqualified people providing opinions.

The reforms aren’t perfect though. For some reason they do not actually prevent connected-party sales going ahead where a negative opinion has been given, though this does have to be flagged to creditors and in practice it is hoped this will be enough to stop it from progressing. A watching brief for the time being.

Ultimately we hope that going forwards the reforms will achieve what they intend to and connected-party sales and pre-packs will become a more transparent process. With the Covid-19 crisis continuing and the implications for our economy in the mid-term still mostly unknown, transparency will be vital if property investors are going to have confidence in the UK’s insolvency framework and trust in the UK’s legal system to support their investment in town and city centres across the country. Building back better and our high street’s recovery will depend on this investment.

Our work of course is never over – now let's get back to CVAs and the new Restructuring Plans, where confidence remains at an all-time low. Perhaps the government can take a leaf out of their pre-pack book when considering next steps for the abuse unfolding in these areas. 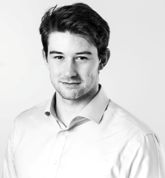